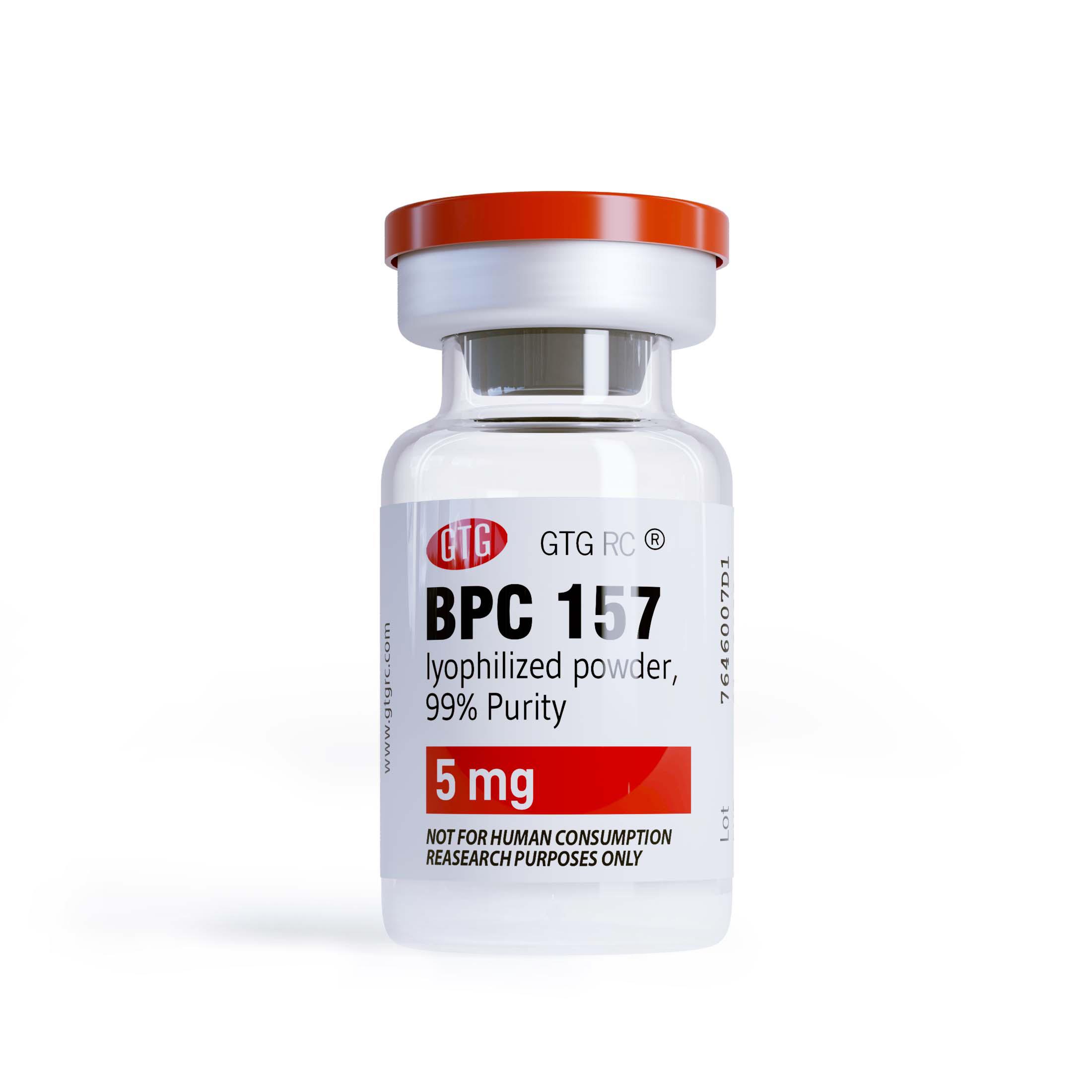 We’re sorry we’re out of stock, but we can let you know as soon as this product becomes available again.

Enter your details below and we’ll email you once this item is back in stock.

Supplied for Research Purposes Only

This information and product is provided for research purposes only. We do not provide any advice on the usage of these products as UK Law prevents this. Customers should check the legality of this product in their own country prior to purchase.

the treatment of stomach ulcers

lower intestine injury such as inflammation and fistulas

encourage angiogenesis to aid in the development of muscle and growth

The therapeutic effects of body protein compound 157 (BPC-157) on the stomach and intestinal tract have led to evidence of a wide spectrum of effects on the body. [26,27,30] It has been demonstrated to be an anti-ulcer, relieve inflammatory bowel syndrome, increase angiogenesis, stimulate tendon and tissue mending, and even have an impact on brain health. [1,14,15,9,28, 29] The mucous membrane loses integrity as we age, so BPC-157 may be a useful treatment for ageing populations. [16,31,32]

Angiogenesis has a profound impact on ageing and, if reversed, could extend life and improve general health. By upregulating angiogenesis, researchers have discovered that BPC-157 is a potent tool for good ageing. [33,34] The development of new capillaries within an organism is the angiogenesis process. [1] After age 55, the likelihood of developing an ischemia increases every 10 years. [2,35,36] This is significant since the recovery from ischemia depends on the angiogenesis of blood vessels. A balance between cardiovascular tissue and blood vessels has been proven to raise the risk of heart failure, as has the downregulation of angiogenesis, which has also been demonstrated to induce heart difficulties. [6, 37,38,39] Age-related health problems and life expectancy may be postponed if angiogenesis can be stimulated.

Many angiogenic pathway components that are crucial to the ageing process lose function as people get older. [40,41] HIF-1, PCG-1, and endothelial nitric oxide synthase (eNOS) levels have been observed to significantly decline with age, according to research [3, 42, 43, 44]. These are all vital components of the angiogenic pathway (figure 1), and HIF-1 and PCG-1 support VEGF, one of the essential growth factors that controls capillary formation. [45,46] HIF-1 and PCG-1 levels fall as we become older. [4,47] Nitric oxide, which is produced by eNOS and directly triggers the angiogenic process, is crucial to this process. As we age, however, eNOS may become decoupled from its cofactor tetrahydrobiopterin, which leads in a reduction of NO in the endothelial cells that line capillaries. [5,48,49] Peptides like BPC-157 can stop angiogenesis in its tracks. Angiogenesis is a well-understood mechanism. [50]

BPC-157 has a variety of impacts on the body, but its part in angiogenesis is one of the most crucial for lifespan. L. Bric et colleagues. examined how angiogenesis affected the muscles and tendons of injured mice. In mice treated with BPC-157, he discovered a significantly higher angiogenic response. [51] The mice's muscle and tendon regeneration was quicker as a result of this technique than it was for the control group. [4] This occurs as a result of the BPC-157 upregulating some of the crucial elements of the previously covered Angiogenic pathway. It has been demonstrated that in the rats fed BPC-157, it upregulates VEGF, CD34, and FVIII. [4,52,] We have examined how VEGF affects angiogenesis because it increases the activity of the eNOS enzyme and, consequently, the body's NO levels, which are necessary for capillary renewal. [4,52] The actions of the NOS-inhibitors and the NO-precursor have been demonstrated to be deactivated by BPC-157, which has also shown to have a direct impact on the levels of NO in the organism. [7,54] These directly influence angiogenesis. [55,56] The development of endothelial cells exhibits the expression of CD34 and FVIII. [8,53,57] The angiogenesis process is active if CD34 and FVIII expression are higher. [58]

Tissues for Healing and BPC 157

The repair of torn muscles or tendons can be significantly impacted by the activation of angiogenesis. [59,60] When using BPC-157, researchers discovered a substantial difference in how quickly muscles and tendons may heal. [4,61] Because the muscle cells' enzyme activity was able to return to normal levels more quickly, the muscles were able to return to normal both macroscopically (there was no post-injury leg contracture) and microscopically. [4] Due to the peptide's ability to upregulate angiogenesis, it may be highly helpful in assisting the elderly recover from muscle and tendon injuries as well as stroke. [62,63]

We have seen that BPC-157 has a wide spectrum of affects on the body, making its influence on the brain particularly intriguing. [26,64] We'll concentrate on how it affects the GI tract and the brain's wellness. BPC-157 affects the brain in a therapeutic way via the gut via the Gut-Brain Axis (GBA). It functions as a two-way communication hub for the intestinal and central nervous systems. [9,65] This ties the stomach and its health to the emotional and neurological areas of the brain. [66] This helps to maintain the general homeostasis of the GI tract and serves as a way to keep the gastric juices in the stomach in balance. [67] Additionally, studies have linked this to more complex cognitive processes including emotion and motivation. [9,65,66] The vagus nerve, which connects the enteric nervous system and the central nervous system, mediates all of this. [68] The precise targeting of the gut by BPC-157, which in turn affects the brain, results from this crosstalk between the brain and the stomach. [10] BPC-157 is an effective cytoprotective and anti-ulcer agent for the stomach. [69] The effects on the brain are achieved by preserving the integrity of the GI mucus. [11,70]

According to studies, BPC-157 helps the GI tract achieve homeostasis while also regulating the serotonergic and dopaminergic systems. [71] This is achieved by promoting the regeneration of nerve cells in injured neurons caused by excessive neurotransmitter stimulation. [11] BPC-157 enhances nerve regeneration and wellness in a variety of ways. In the brain, BPC-157 activates the Egr-1, NAB2, and JAK-2 genes. [9,72,73,74] In rat fibroblasts that have been stimulated by nerve growth factor to create PC12 cells, the Erg-1 gene product has been discovered. [12] Erg-1 was shown to be upregulated in the cell nucleus of this PC12 cell line, a model for cell differentiation in Rat fibroblasts, indicating its likely connection to nerve regeneration. [12.75,76] NAB2 has also shown to be crucial for the brain during both gene transcription and the myelination of neurons. Because it regulates the length of the poly-A tail at the 3' end of mRNA, which is crucial for the preservation of mRNA and the creation of proteins in the brain, it is crucial for transcription. [13,77,78] This pathway is crucial because it guards against demyelination, which is brought on by conditions like multiple sclerosis (MS). [17] Although the exact mechanism is still unclear, the JAK-2 pathways are important in cytokine modulation and immune function. Although mice with the JAK-2 gene knocked out perished at the eighth week of their lives, compared to a mouse's usual lifespan of two years, it has shown to be crucial. [18]

As they have been demonstrated to maintain equilibrium between the central/neural dopaminergic and serotonergic systems, these pathways are crucial for the brain and its higher level of processing. [19,20,79] In particular brain areas, it has been demonstrated to particularly promote the release of serotonin. [80] As dopaminergic and serotonergic systems in older populations deteriorate, this can aid in their repair. Dopamine levels have been declining from young adulthood by 10% every ten years. [21,81,82] A decline in cognitive and motor function is linked to this. [83,84] As dopamine levels fall, so do the number of dopamine receptors. [85] This is significant since BPC-157 has demonstrated the ability to balance the amount of dopamine receptors in the brain. [9] As humans age, serotonin levels likewise decline, [86] which causes synaptic plasticity and neurogenesis to decline. [87] As we age, this is crucial for maintaining the brain's effectiveness because synaptic plasticity loss prevents synaptic pruning. [21,88] Beyond ageing and dopaminergic and serotonergic homeostasis, the therapeutic benefits are also present. It can be used to treat stomach sores brought on by NSAIDs, alcohol, or insulin, according to research. [9] Parkinson's sufferers have also found that it helps them because it interacts with the MPTP, which harms dopaminergic parts of the basal ganglia permanently. [24] Amphetamine-related harm to the central dopaminergic system, including neuronal death, decreased dopaminergic activity, and dopaminergic vesicle depletion, has also been demonstrated to be reversed by BPC-157. [9,25] BPC-157 has also been used in older MS populations. The NAB2 pathway appears to interact with neurons to lessen demyelination in the brain, which accounts for the improvement in symptoms in rats that had been given cuprizone to produce MS. [9] BPC-157 has a variety of physiological effects and can be extremely helpful in a clinical context for people who have brain, GI, or blood vascular issues who could benefit from this treatment.

Be the first to review this product.

Save for laterAdd to basket 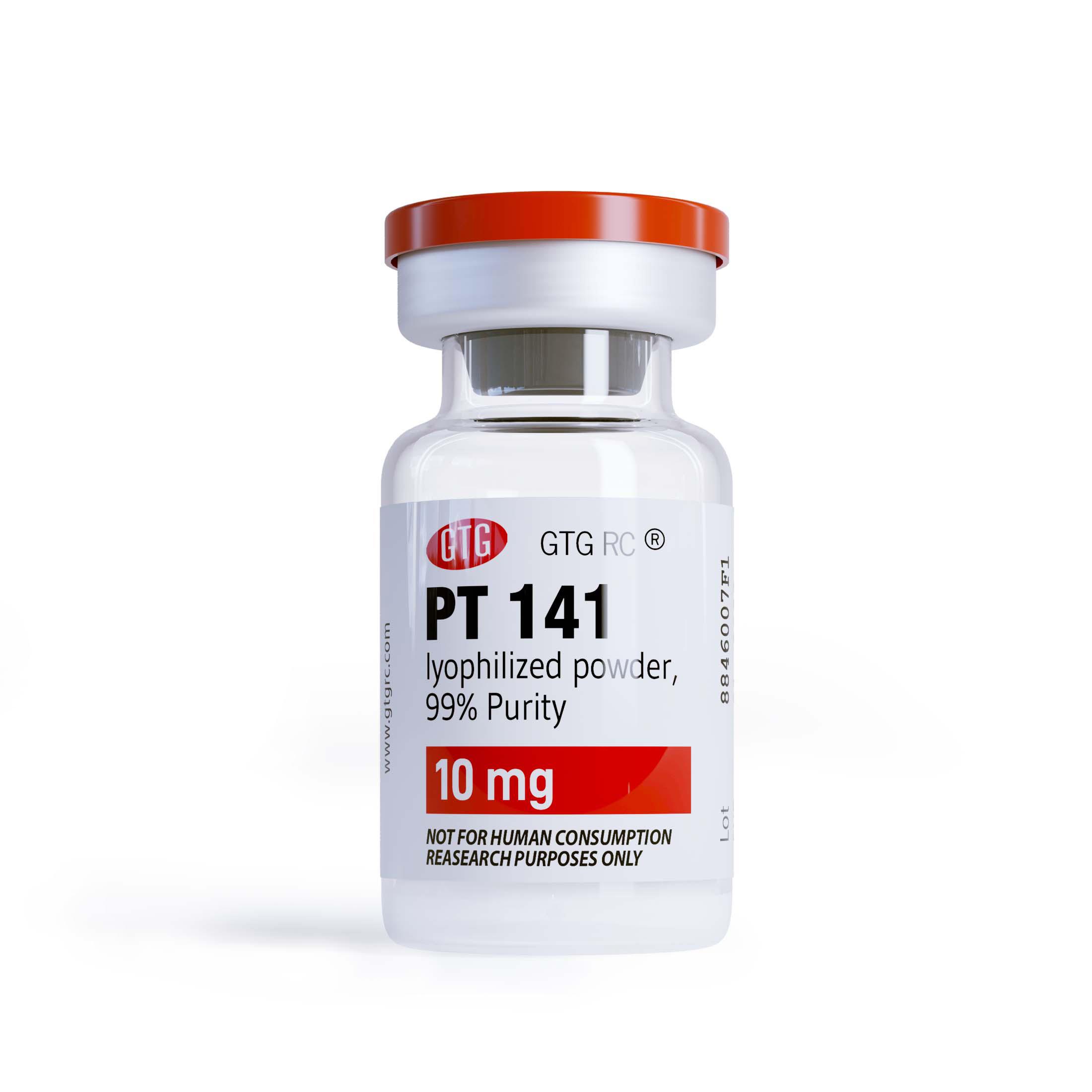 PT-141 EACH VIAL CONTAINS 10MG OF PT-141 (Bremelanotide)Supplied for Research Purposes OnlyThis information and product is provided for research purpo...
£21.00
View details
Save for laterAdd to basket 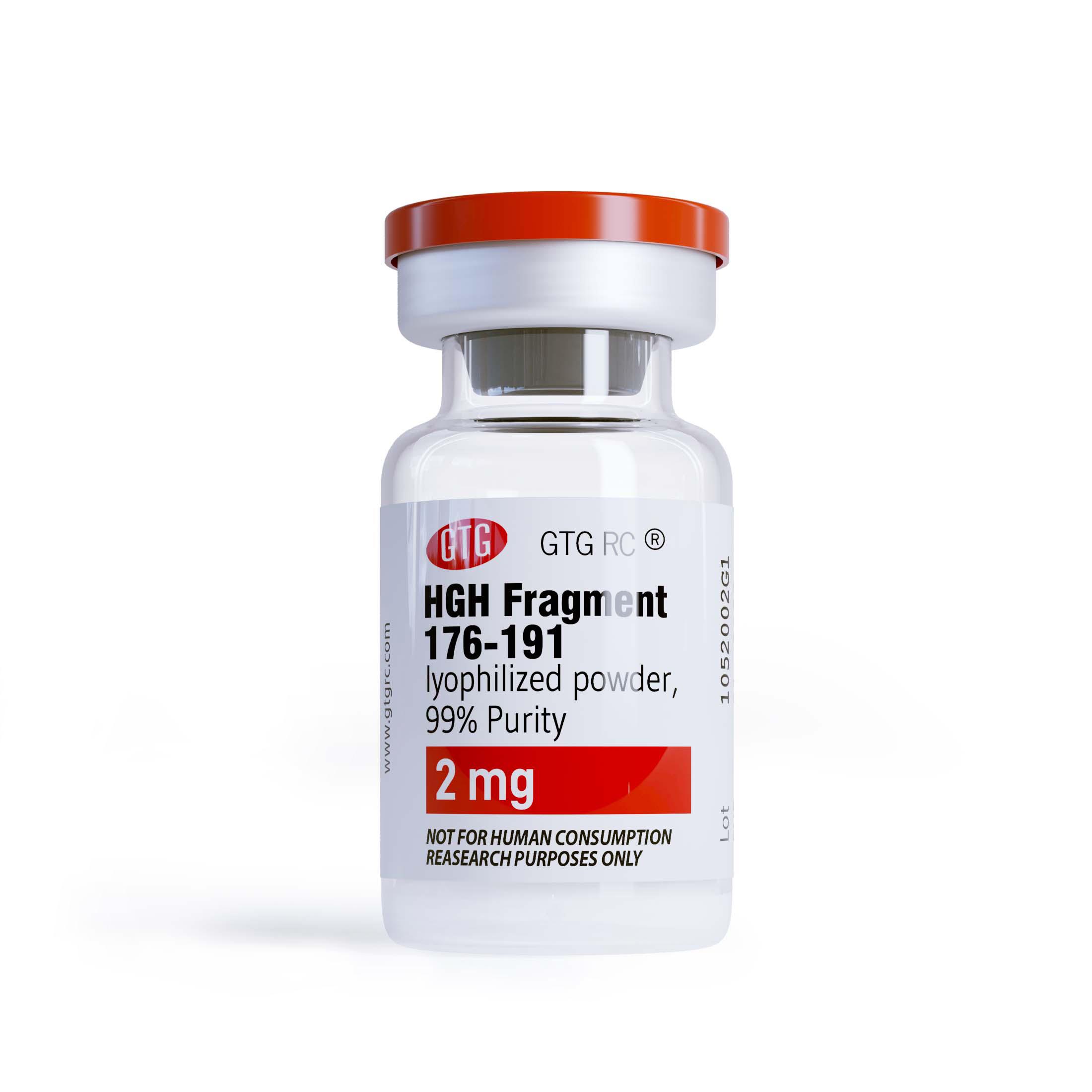 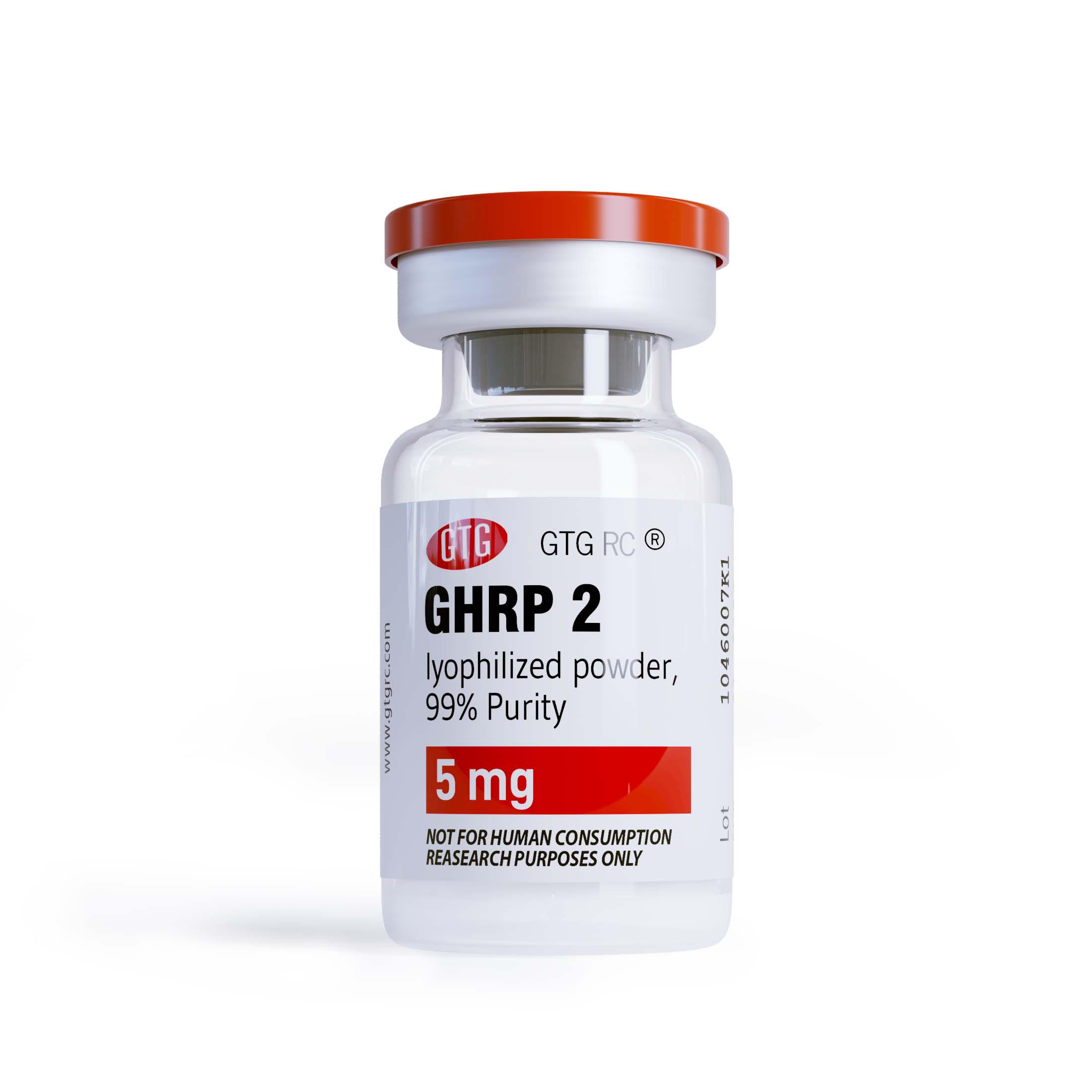 GHRP 2 EACH VIAL CONTAINS 5MG OF GHRP 2 Supplied for Research Purposes OnlyThis information and product is provided for research purposes only. We do ...
£9.95
View details
Save for laterAdd to basket 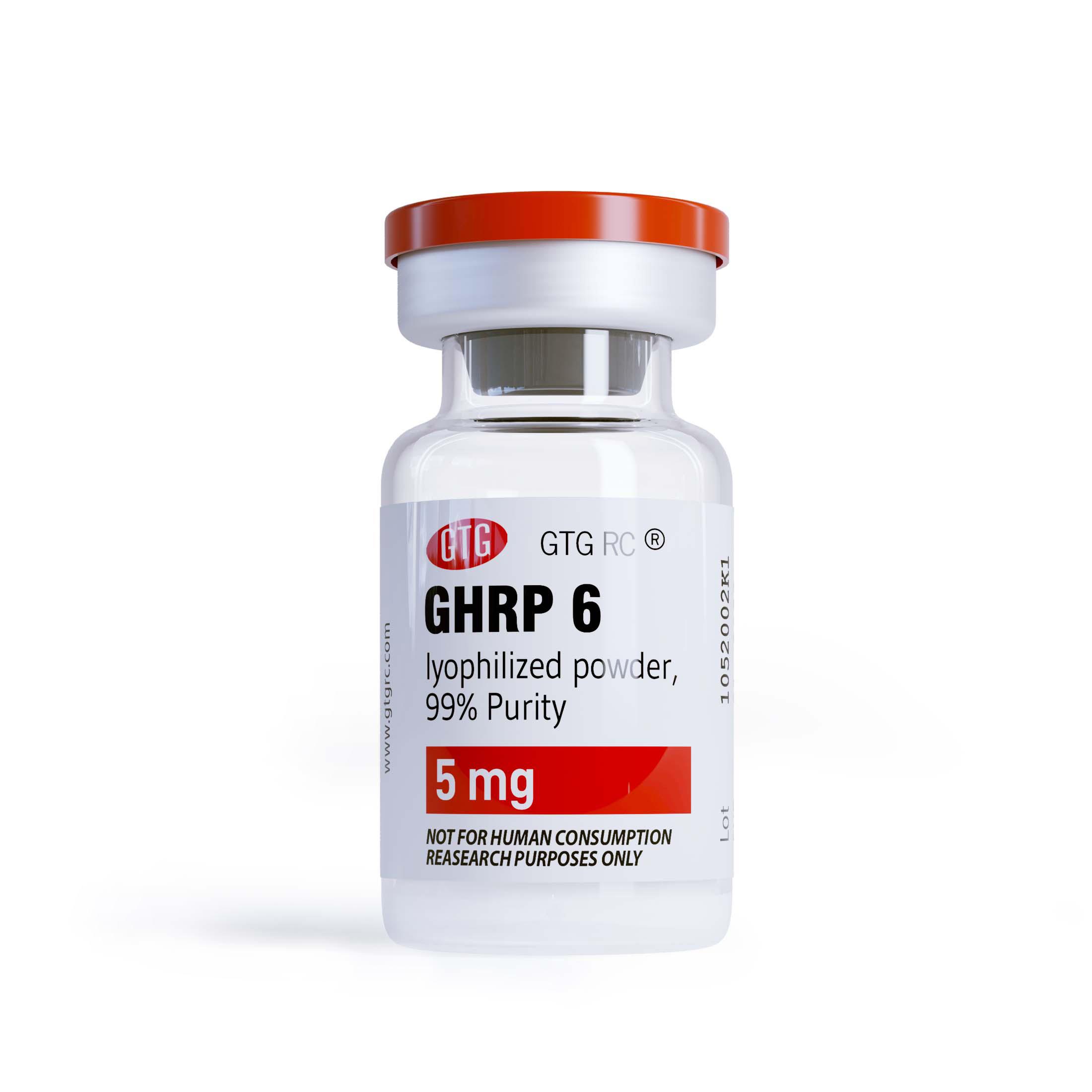 GHRP 6 EACH VIAL CONTAINS 5MG OF GHRP 6 Supplied for Research Purposes OnlyThis information and product is provided for research purposes only. We do ...
£9.95
View details
Save for laterAdd to basket 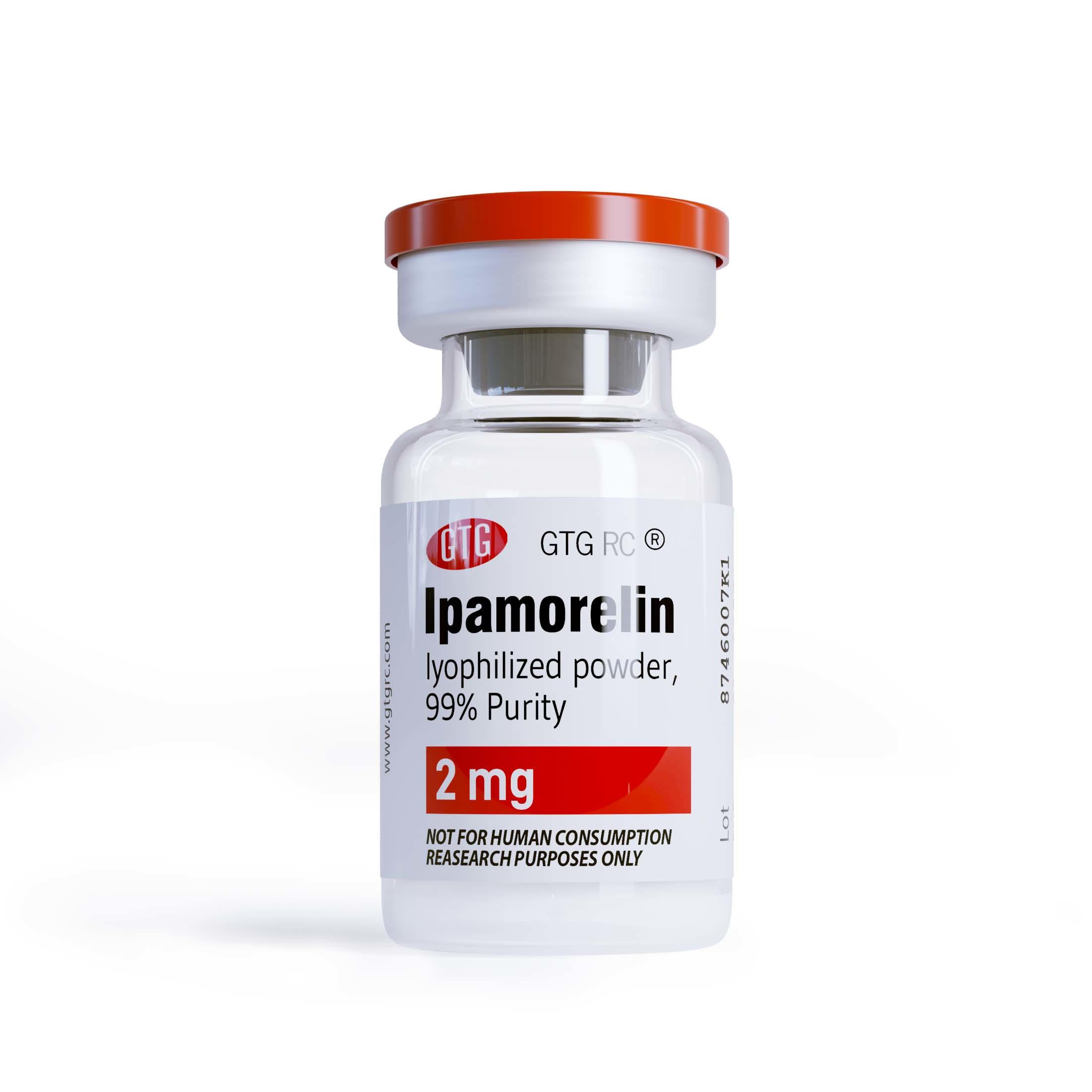 IpamorelinEACH VIAL CONTAINS 5MG OF IPAMORELINSupplied for Research Purposes OnlyThis information and product is provided for research purposes only. ...
£15.95
View details
Save for laterAdd to basket 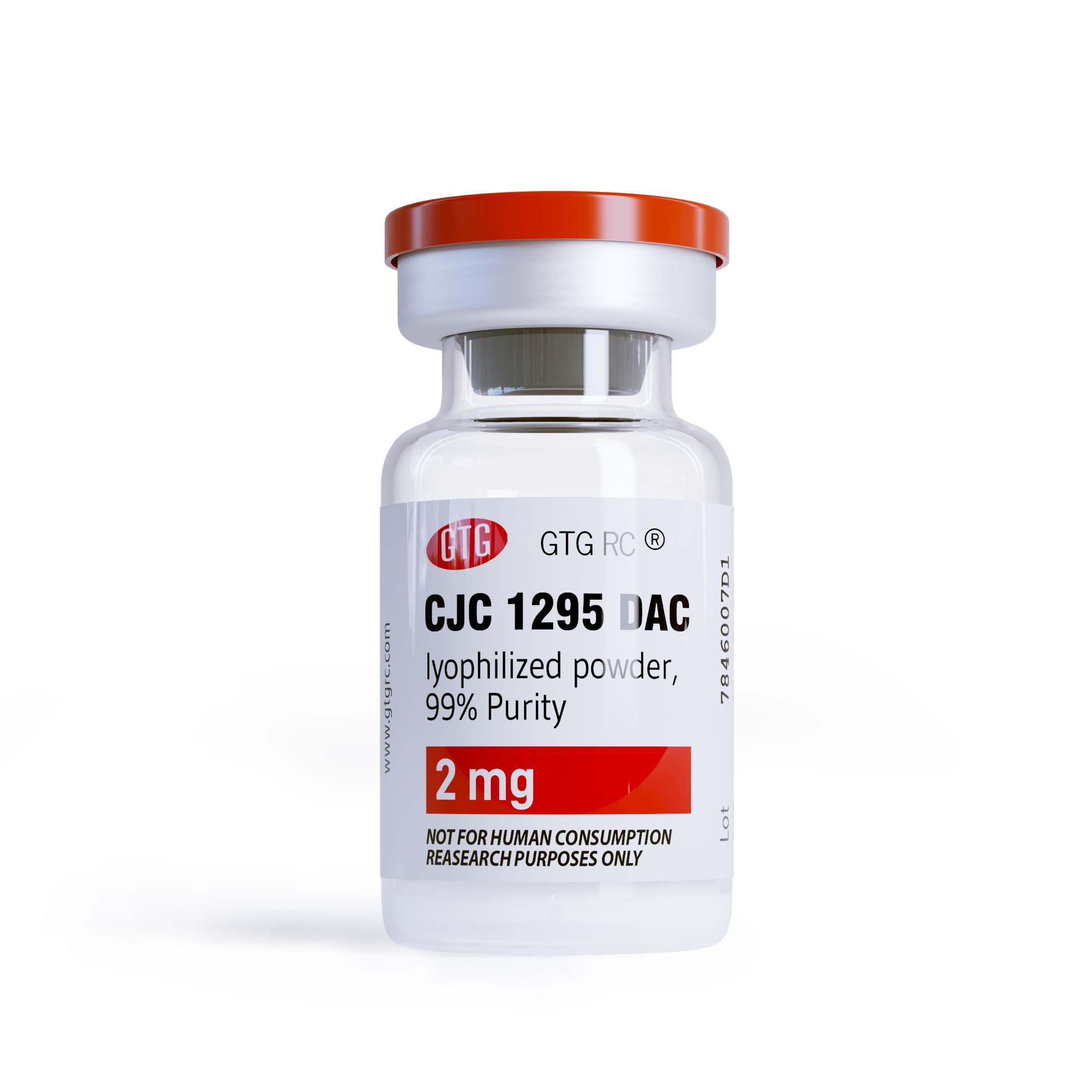 CJC-1295 DAC EACH VIAL CONTAINS 2MG OF CJC 1295 DACSupplied for Research Purposes OnlyThis information and product is provided for research purposes o...
£22.00
View details
Save for laterAdd to basket 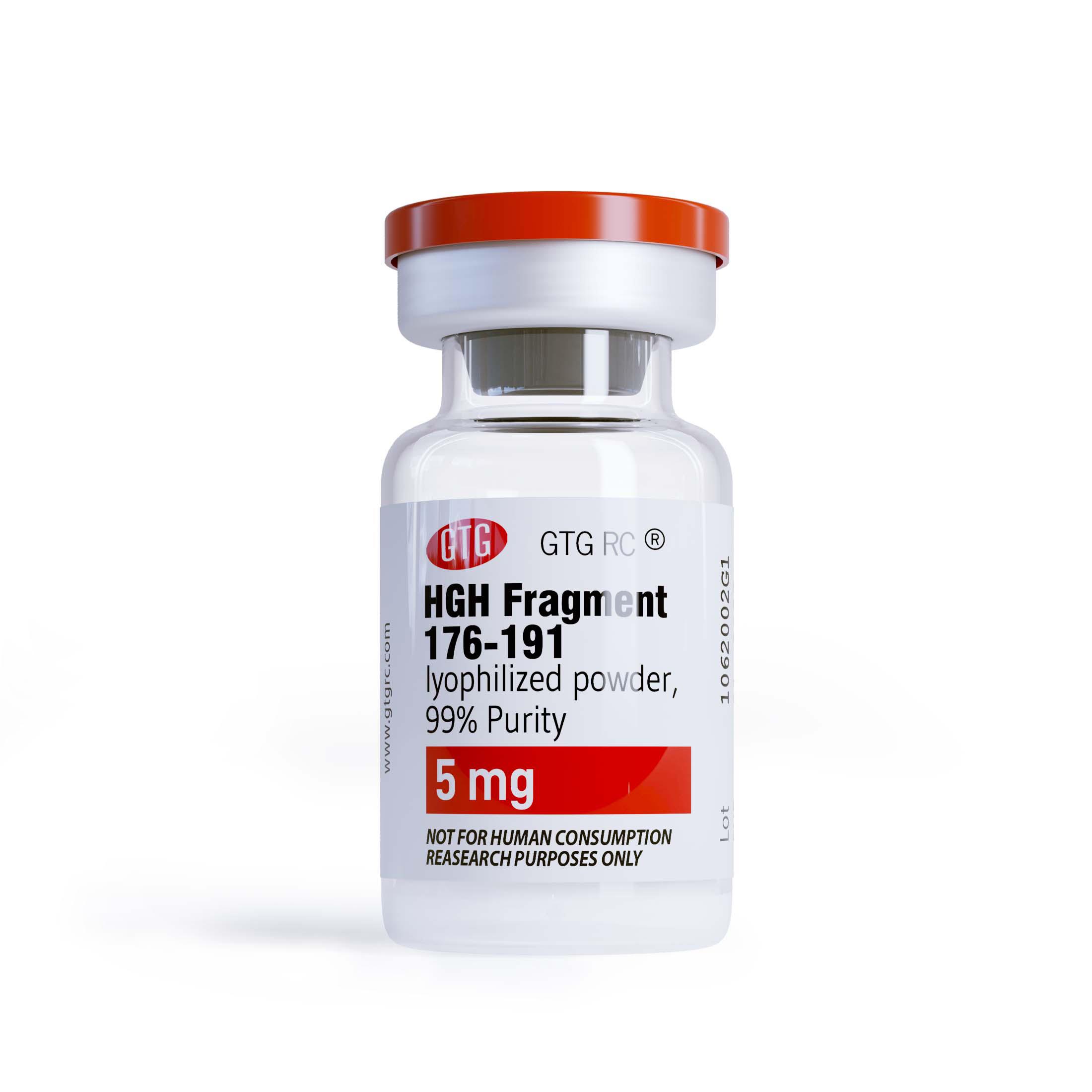 HGH Fragment 176-191 5mg EACH VIAL CONTAINS 5MG OF HGH FragmentSupplied for Research Purposes OnlyThis information and product is provided for researc...
£30.00
View details
Save for laterAdd to basket 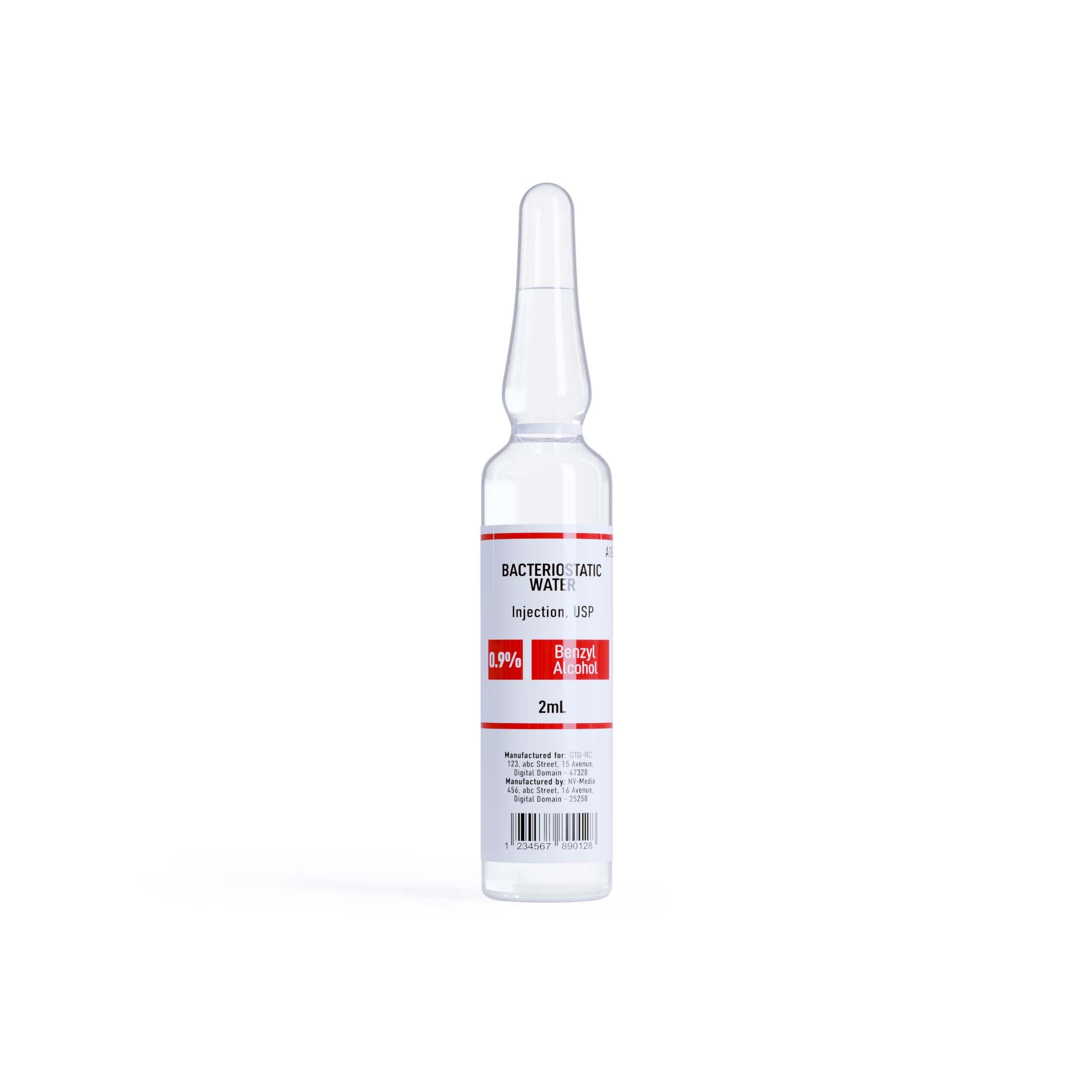 Bacteriostatic water 2mlSupplied for Research Purposes OnlyThis information and product is provided for research purposes only. We do not provide any ...
£2.00
View details
Save for laterAdd to basket 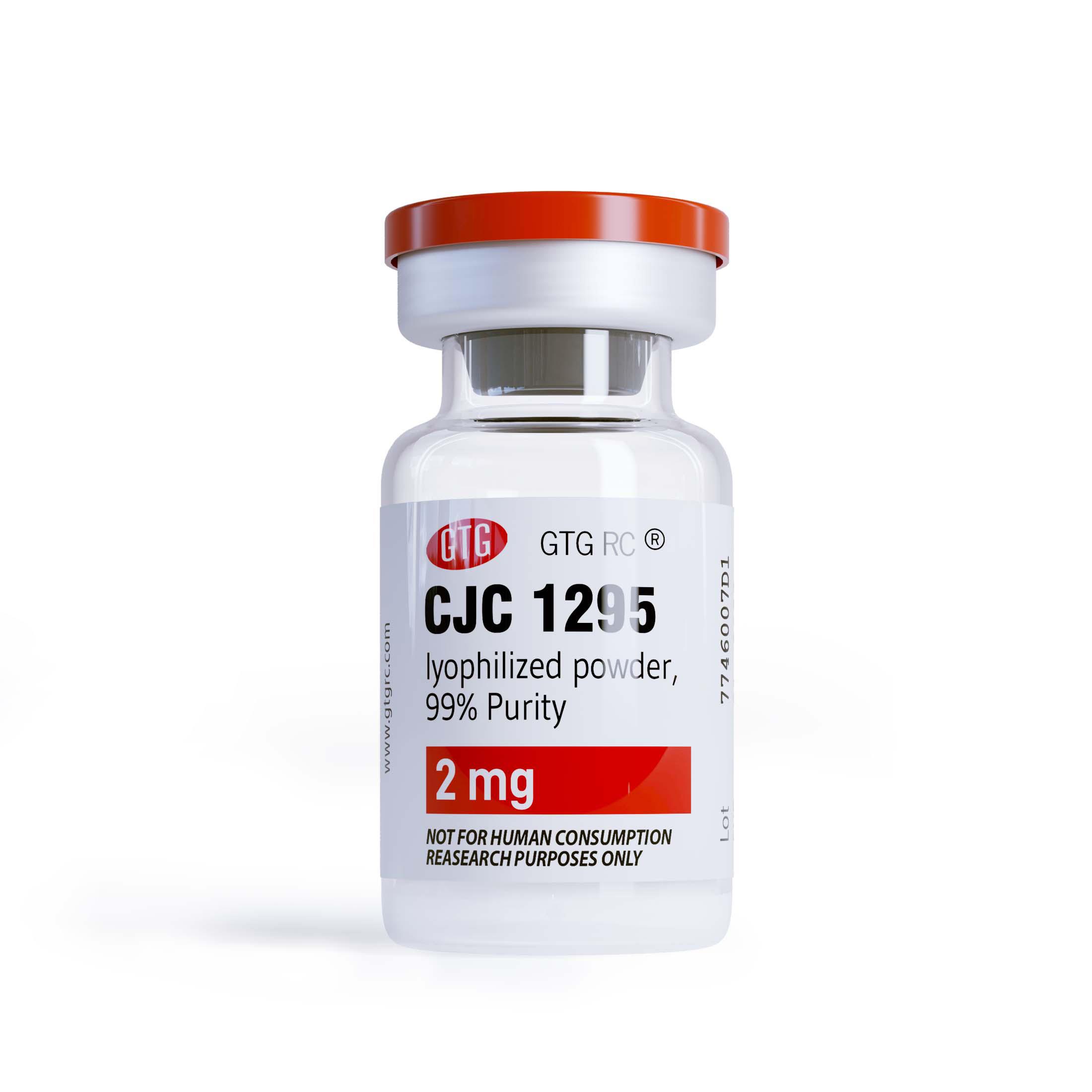 CJC-1295 EACH VIAL CONTAINS 2MG OF CJC 1295Supplied for Research Purposes OnlyThis information and product is provided for research purposes only. We ...
£12.95
View details
Save for laterAdd to basket 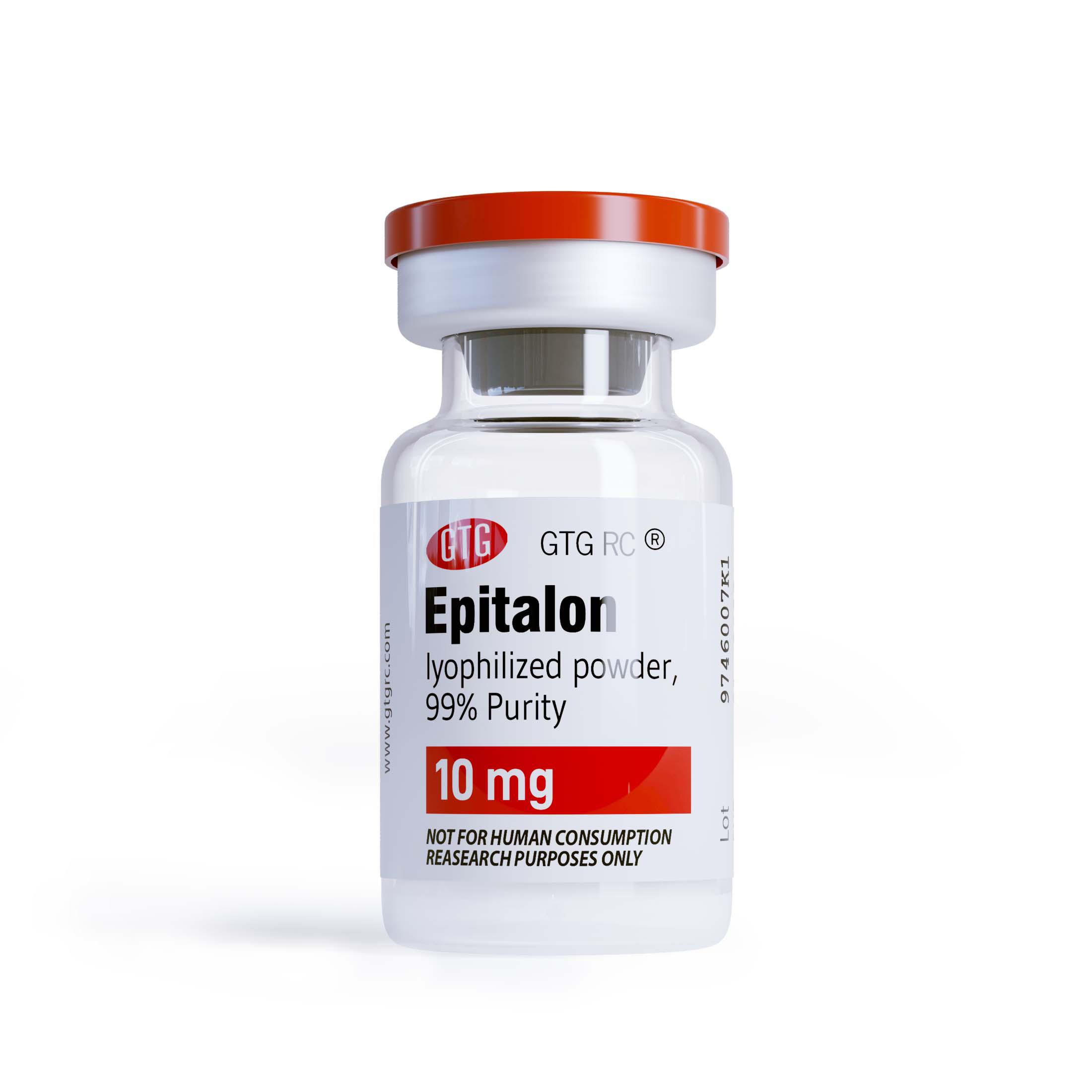 Epitalon EACH VIAL CONTAINS 10MG OF EPITALON Supplied for Research Purposes OnlyThis information and product is provided for research purposes only. W...
£19.00
View details
Save for laterAdd to basket 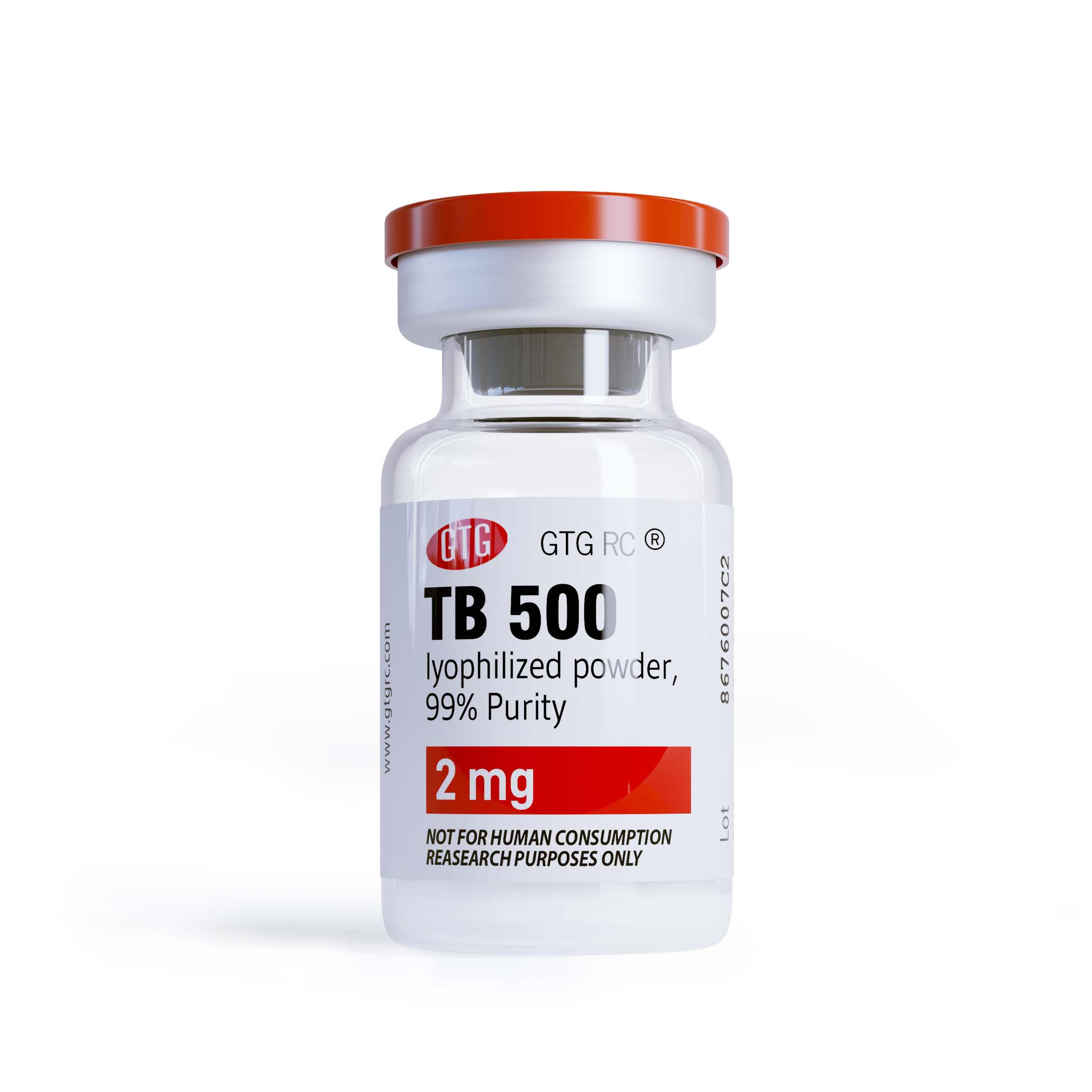 TB-500 2mg (THYMOSIN BETA 4) EACH VIAL CONTAINS 2MG OF TB 500Supplied for Research Purposes OnlyThis information and product is provided for research ...
£14.95
View details
Save for laterAdd to basket 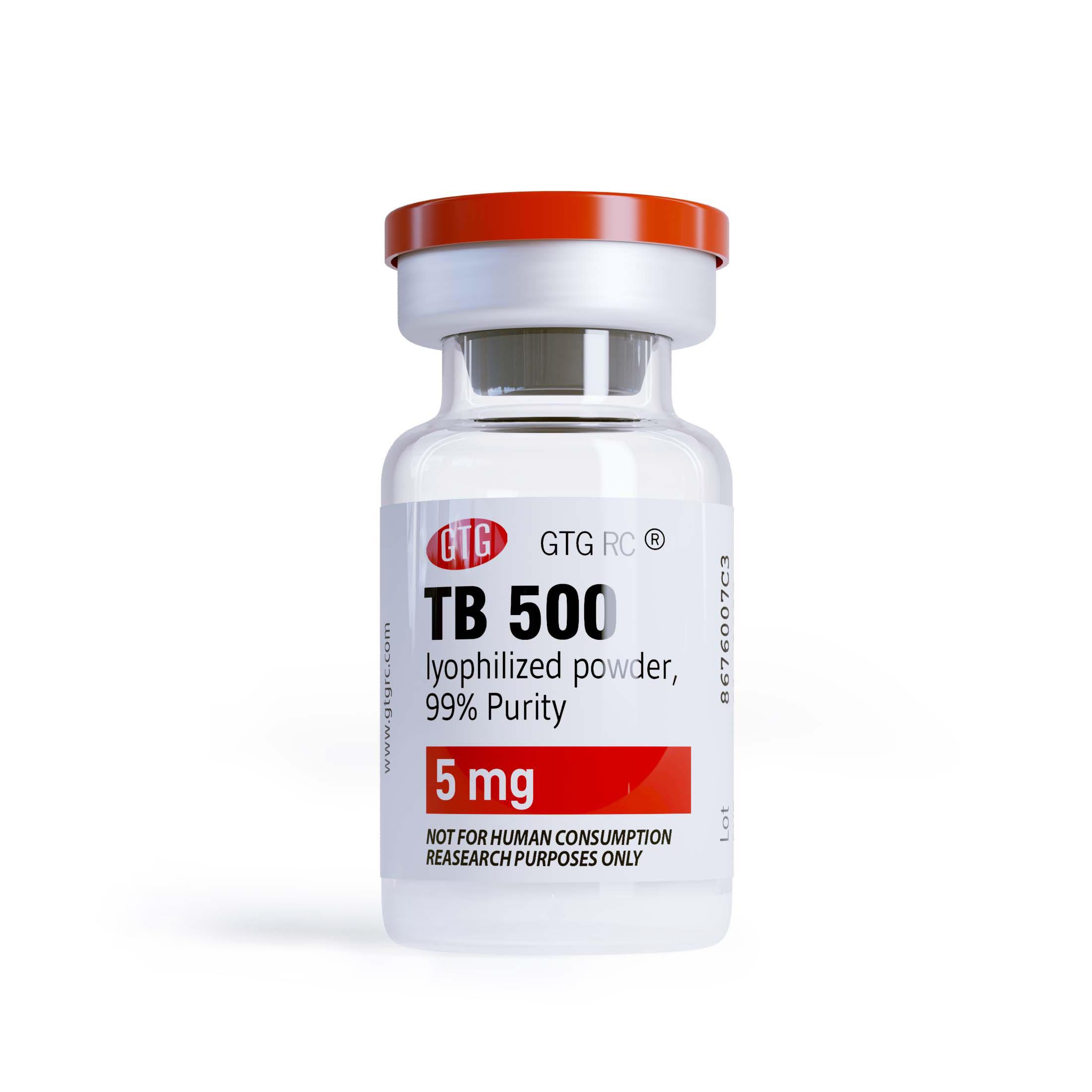 TB 500 5mg (THYMOSIN BETA 4)EACH VIAL CONTAINS 5MG OF TB 500Supplied for Research Purposes OnlyThis information and product is provided for research p...
£29.95
View details
Save for laterAdd to basket 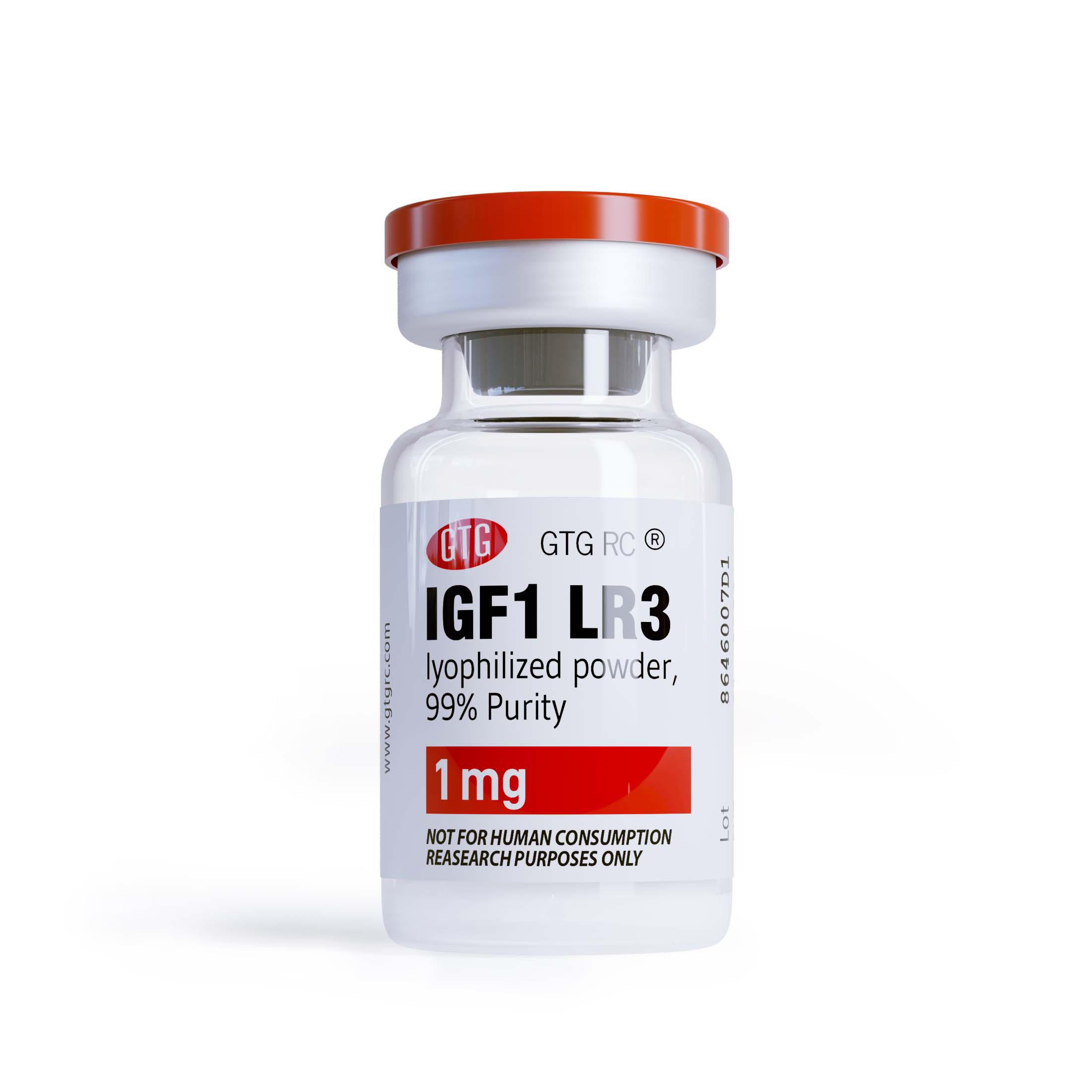